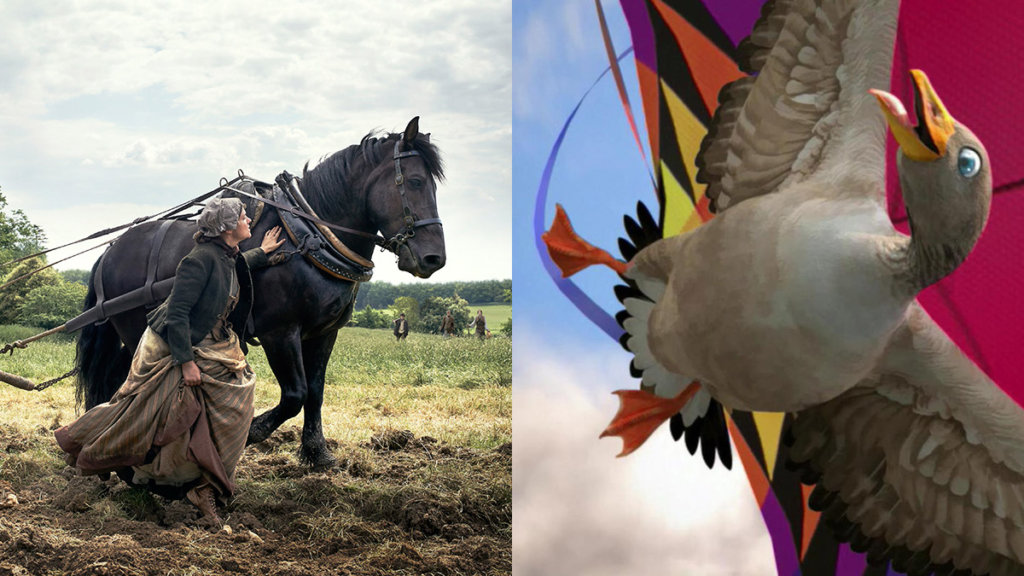 This week we’ve been intrigued by the Lloyds Bank TV ad that is celebrating 250 years. When we first saw it we thought it was for a scheduled screening of the War Horse movie.

Then we thought it must be the new John Lewis ad, however soon realised we were nowhere near Xmas. So it must be for an insurance company, as we were being bombarded with feelings of trust.

In that last instant we also realised the consistent thread was the black horse, so we searched our memory banks for the brands that have a black horse and that might have been around for a long time. Could it be Lloyds Bank?

All these thoughts occurred within a period of 10-20 seconds of the beginning of us noticing the ad. Some of the creative brains we spoke to found it annoying, while some admired its pure focus on getting back to core brand values.

With the departure of TSB from the brand family last year, and the hugely successful animated campaign that began back in 2007 “for the journey” going with it, was this a way to re-establish the bank’s core values with customers? Or was it trying to differentiate the story of the split?

TSB have moved on and evolved their animated approach, so little confusion for their loyal customers.

But where does this ad fit in the overall landscape of creative output we see in digital, mobile and on our TV screens? Will this differentiate Lloyds for their market?

Who is it aimed at? It’s an excellent example of working with the core values a brand aspires to hold, and the key visual cues that lead us to a point of recognition kind of work, but how will it resonate across Lloyds Bank’s diverse customer group?

We’ve loved and enjoyed the Freederm Ad from Autumn 2014. The flying goose was clearly aimed at the freedom loving millennials generation and their desire to live freely and with no constraints. It’s the perfect example of a piece of creative brain juice that appeals directly to those it was created for, leaving some of us in complete bewilderment as to what it was about 😉

So how will the black horse now celebrate 250 years with millennials, Gen Y and even the silent generation? We can’t wait to see how the 250th anniversary celebrations will extend beyond 2015 and begin to build a brand relationship with all the many different Lloyds customers.

So hats off to the creative brains at Adam & Eve/DDB involved and we wait in anticipation for where this will go next, across the fragmented media world we live in.