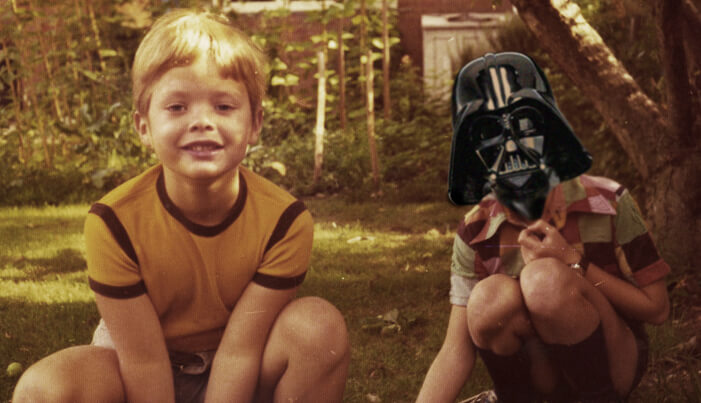 Important dates and deadlines are looming large at this time of year but this week there has been one date that has usurped them all. Yes, alongside millions of fans, nerds, obsessives and compulsives, I’ve been counting the days to the new Star Wars film (we call it just ‘Star Wars’, OK?).

As I recall, from the pre-1977 Star Wars days, the country was in black and white and it was a mess. Three-day weeks, the IRA bombing the mainland, strikes everywhere, rubbish piling up in the streets and really, really crap and dangerous toys.

Then at ‘the pictures’ (as we used to call it under a Labour government), Star Wars completely blasted my tiny little mind into technicolour. It blew my beige world apart then rebuilt it with fantastic little sci-fi bits that I did not understand but somehow made absolute sense.

I had experienced absolute creativity for the first time in my life. Someone out there had constructed a perfectly formed new world so packed full of discovery, ideas and excitement. And I wanted IN.

Designing, drawing and constructing countless spaceships out of paper, painstakingly copying posters with felt-tips and storyboarding my own scripts with pens and Plasticine models.

I immersed myself in this world the only way I knew how. Design.

And thirty eight years later I’m immersing myself back into the world which brought me to where I am today, only this time I guess I’m designing more than Y-wings and TIE-fighters.

So while seeing my old friends again is inspirational, it’s perhaps appropriate to thank George Lucas. Thank you for the original Star Wars films and the direction you gave me, and the countless other fans you inspired to pursue creative careers.

But let’s not mention midichlorians and the Jar Jar Incident for now, eh George?